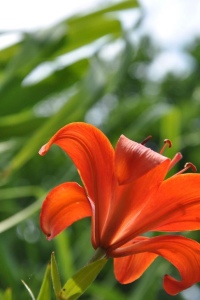 We are all just steps away from crazy. We hide it, store it, conceal it, cover it. It doesn’t care…it’s still there, wanting approval to exist, to be heard.

I think the unbelievable part is that society still ostracizes the mentally ill so there’s fear around disclosing your crazy.  I think we all carry some degree of mental illness and if we really were able to feel deeply into someone else’s “crazy” we might, ourselves, begin to unravel, to feel what we’ve kept under lock and key. Leak things we purposefully want hidden. Everyone’s got stuff. Trust. The crazy that was made generations ago. Bags full. OUR crazy was created generations ago.

I was just in a meeting with a heavily diagnosed teen – bipolar, borderline, anxiety, depression – collecting diagnoses like candy on Halloween. Seemingly pleased with her “emotional disturbance”. She disclosed that she was raped a year ago. Tragic. Seriously tragic. She prob was, but unfortunately, unfortunately, she’s surrounded by hardened adults who, roll their eyes and flatly attempt to hook her up with services to “cover the bases”. Admittedly, she’s not the most credible reporter, which certainly does not help her. Craves attention. Creates drama. For the sole purpose of getting attention. She was pleased to see all of the adults gathered on her behalf, exclaiming out loud, “I am the Queen of the show!” Yikes. Awkward. No-one dared make eye contact with her. I looked at everyone else EXCEPT her – to get their reactions. Beyond Bizarre.

I believe her. I believe she was assaulted. I believe anyone who is brave enough to divulge such deeply personal information. She reported that she has had an anxiety d/o since she was a small child. I prob overstepped the student/professional boundary when I asked her, “Well, do you know why?”. Of course, being me, I couldn’t help myself…. She looked stunned – and full of shame. No answer.

I suspect she had been sexually abused as a very young child, which attracted further abuse to her later on. This is how it works. We’re like large magnets, walking through life. Attracting more of what we know, the familiar, the good, bad and the abusive – the ground rules set when we are born – or maybe even before…. unconsciously attracting just the exact circumstances that will allow us to grow and expand ourselves. The exact catalyst which pushes us to rise up and fight for ourselves, once we are able. The strong spirited will take this on. The old souls who are not afraid to walk through the fucking scorching heat of hell. There’s a million reasons NOT TO do it, not to heal the trauma. A MILLION.

Generational. Until someone with a very strong spirit (and enormous balls) takes on the healing challenge, it will continue on. I met her Mom. Wants her daughter to remain a victim, advocating for everything to be “easy” for her. No struggle for my daughter. Poor ______ she’s been through so much. Well, she has but…

She’s right. She’s been through many tragic scenarios, that’s prob very true. But we don’t have to succumb to it. Christ, SHE’S A TEEN. I wanted to scream across the table. Don’t get in bed with these f’ing floating mental health diagnoses. It’s too early!!! So many changes can be made with the right support. Frustrates the shit out of me.

I almost threw up in my own mouth when the student delightfully blurted, “I want to be emotionally disturbed”. I had to excuse myself and use the bathroom before I blurted, “Don’t let them win! This is what they wanted for you! They planted the seeds of self destruction in you and you have accepted the role of master gardener.”

It can be difficult to watch what people settle with and own this shit, rather than try to better themselves. Our Spirit wants us to thrive no matter what. I guess SPIRIT and DRIVE and the WILL to survive and BE well is not created equal. Yes, it’s so much less work (and safer in many cases), to remain ill, a victim, small, dependent. Than it is to walk through, again, the hell you went through, over n over n over for decades to bring healing to your dark places.

I had many “diagnoses” over the years. None of them are with me today. For me, my mental health “disturbances” were fluid. I never owned any of the meds or diagnoses these Dr.’s would sling around. I was just experiencing side effects of 20 years of psychological torture and sexual abuse. So simple. I knew it wasn’t MY crazy. I knew deep inside that eventually, I would be handing that shit back to those who gave it to me. Taking my life back. Ejecting those who denied or rejected or refused to validate the truth of ME. I knew I was meant for greater things. It gave me incredible pleasure to walk off into a newly crafted life without those who wished that I would shut the fuck up.

And most IMPORTANTLY, I was going to win! Win at life. Know how to WIN? You become sane. Sanity always wins. Win with love for self, despite what you were forced to do, say, think, feel. That shit is OVER. Mental health issues do not have to be owned. It ain’t over. Difficult but clearly not impossible.

Published by A Fish Named Karen

2 thoughts on “My Darling Mental Illness”